Through a Glass Darkly

Through a Glass Darkly Symposium

The 2022 Through a Glass Darkly Symposium will be held in early October on the campus of Concordia University in Montreal, Quebec. Stay tuned for forthcoming details. Watch the 2021 proceedings on YouTube. 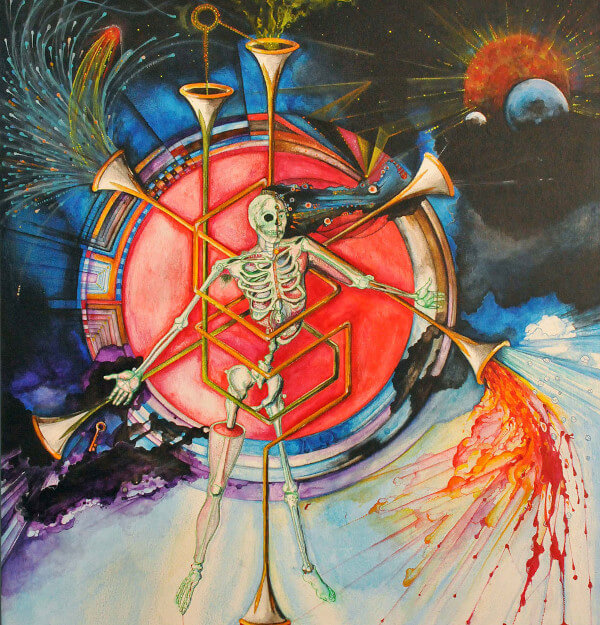 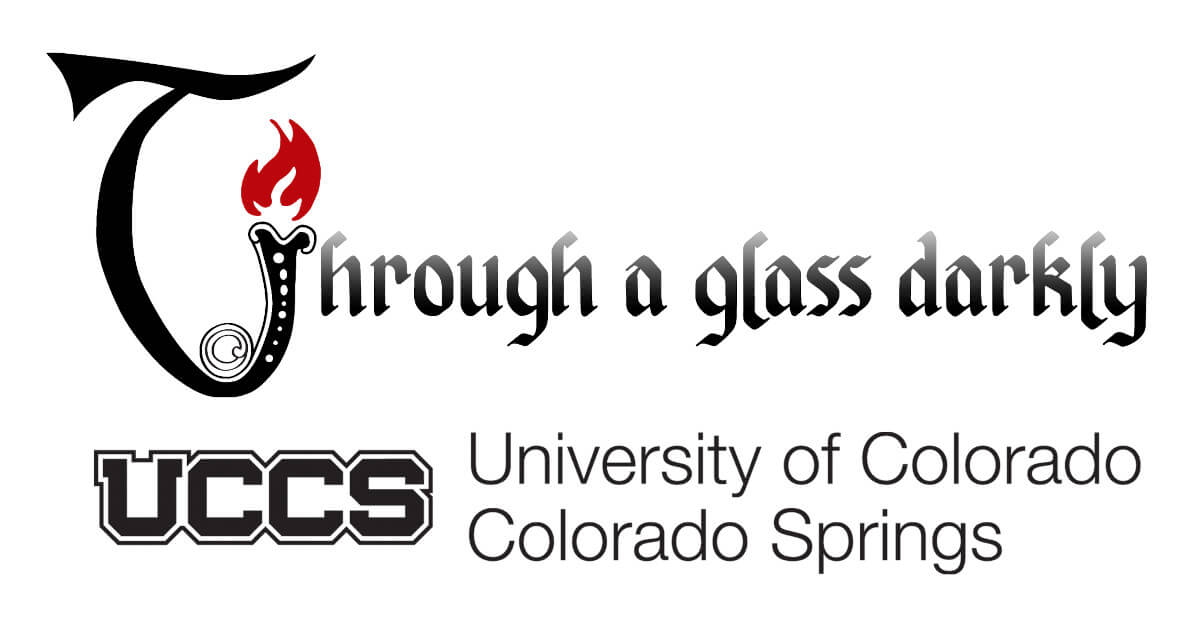 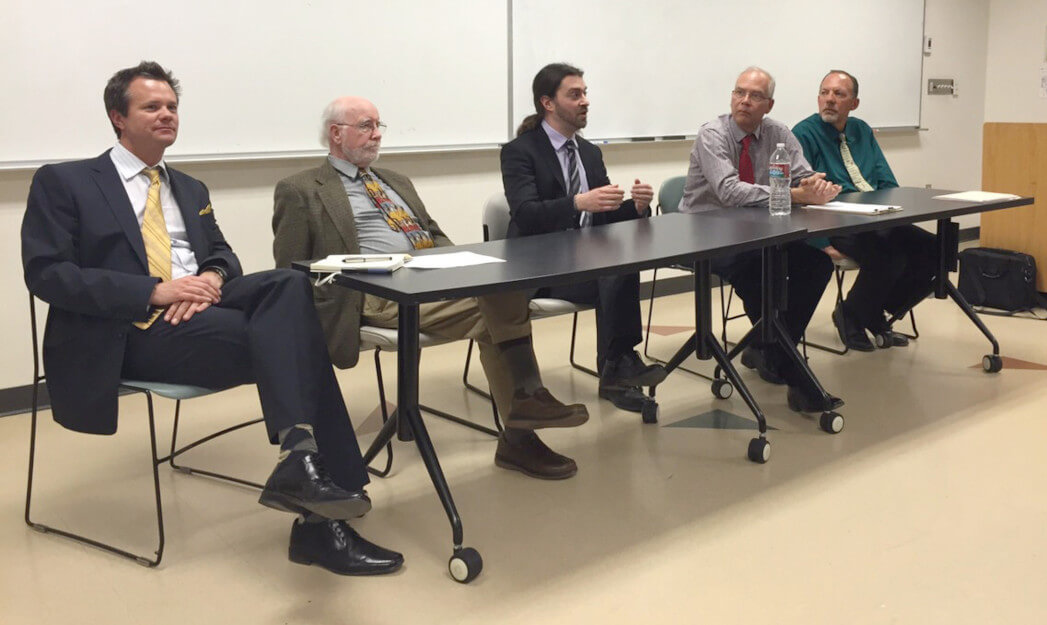 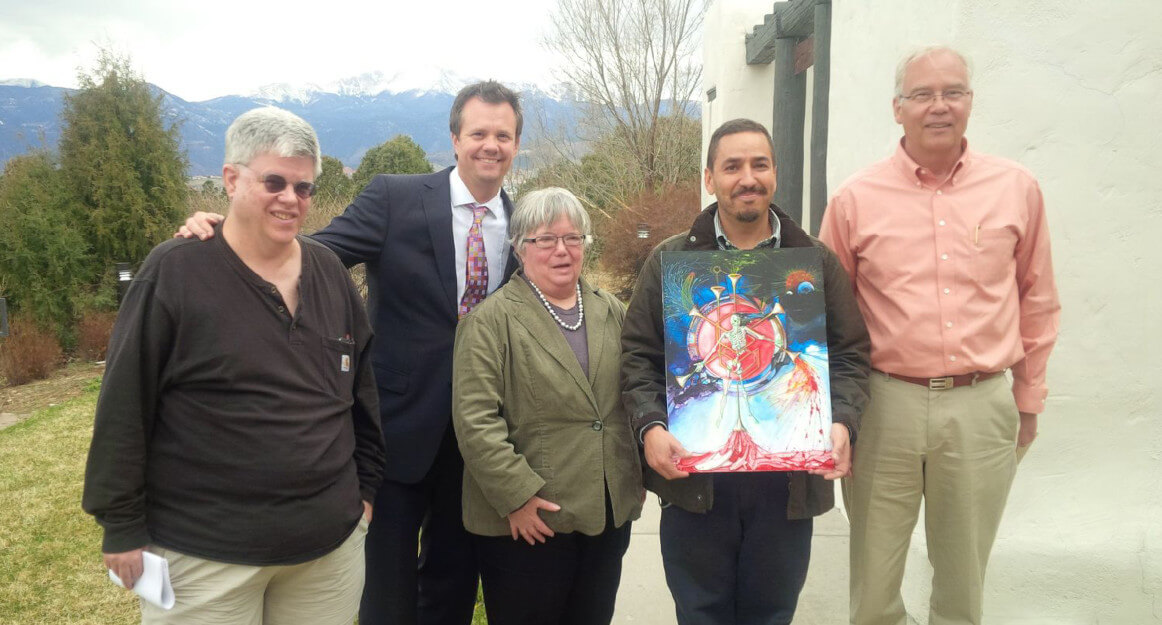 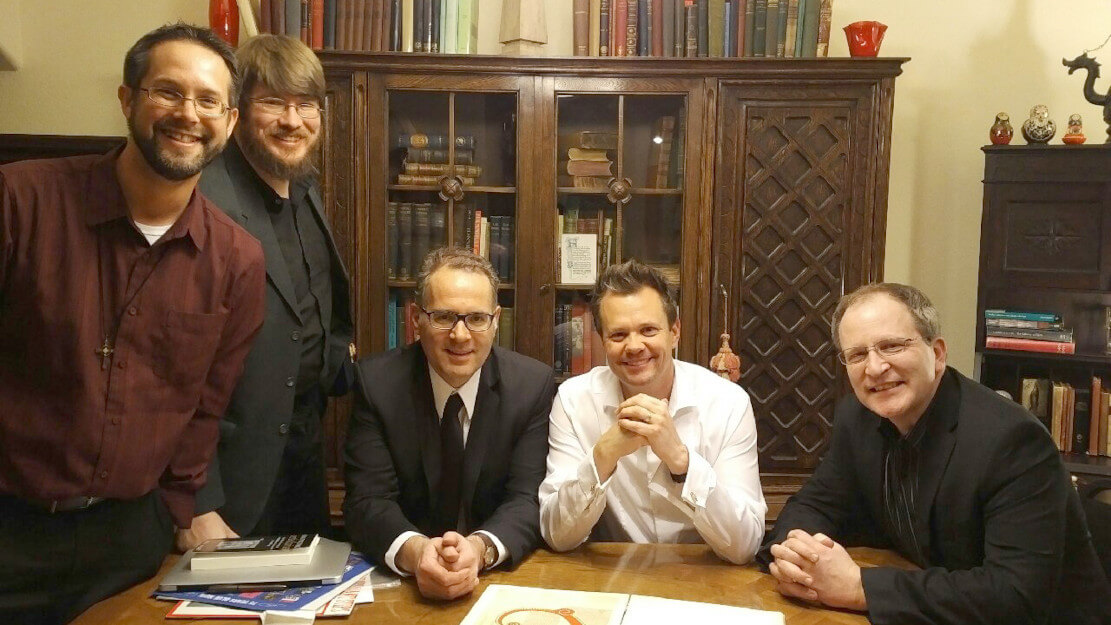 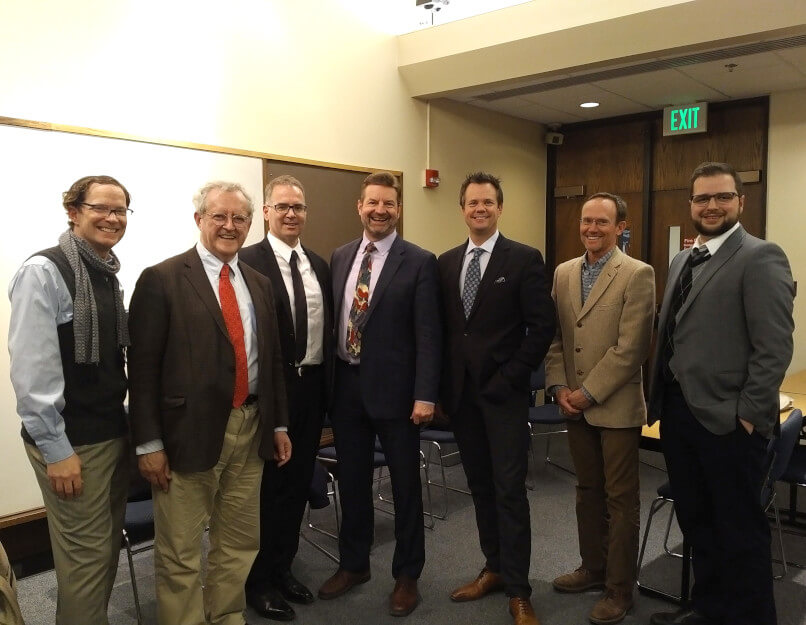 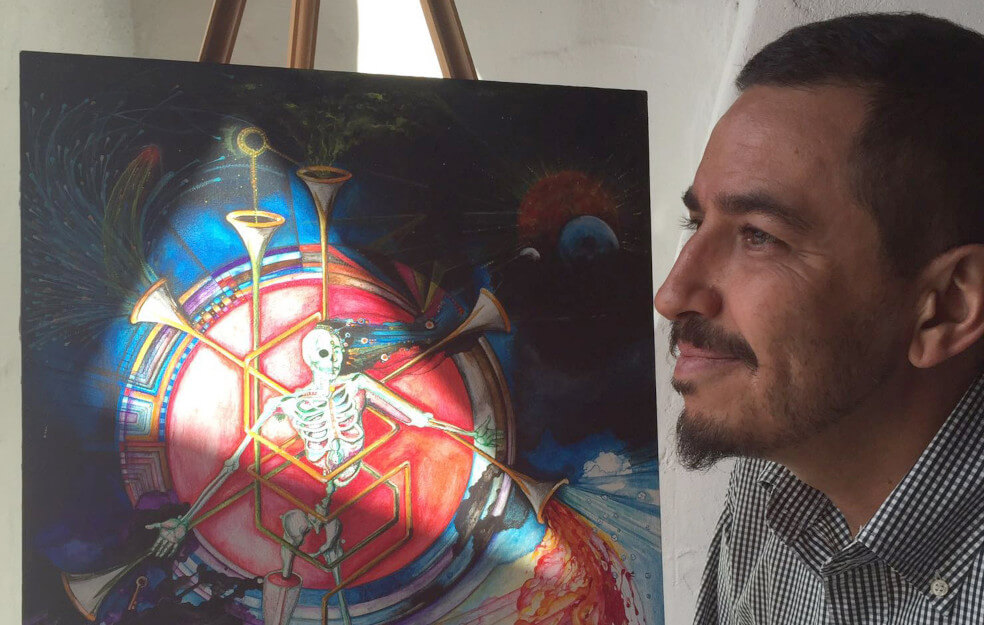 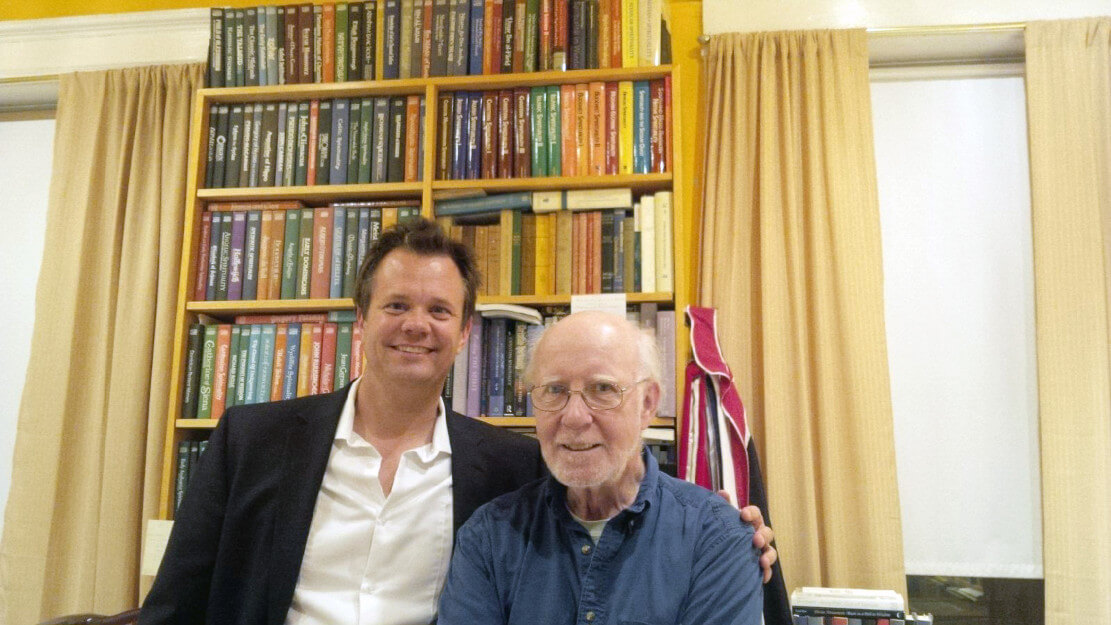 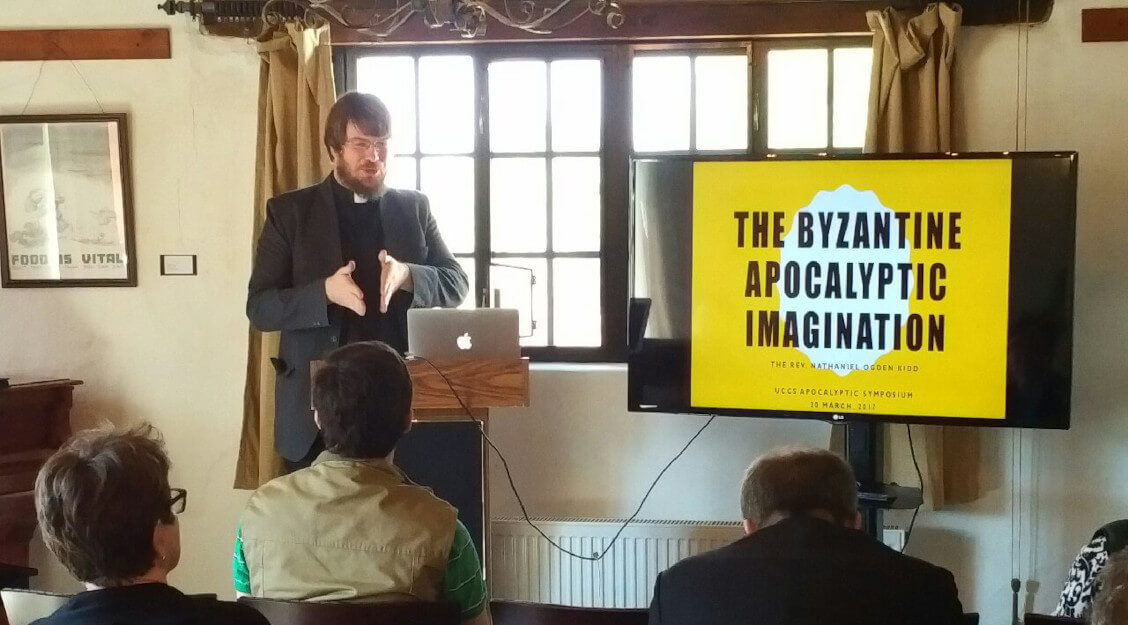 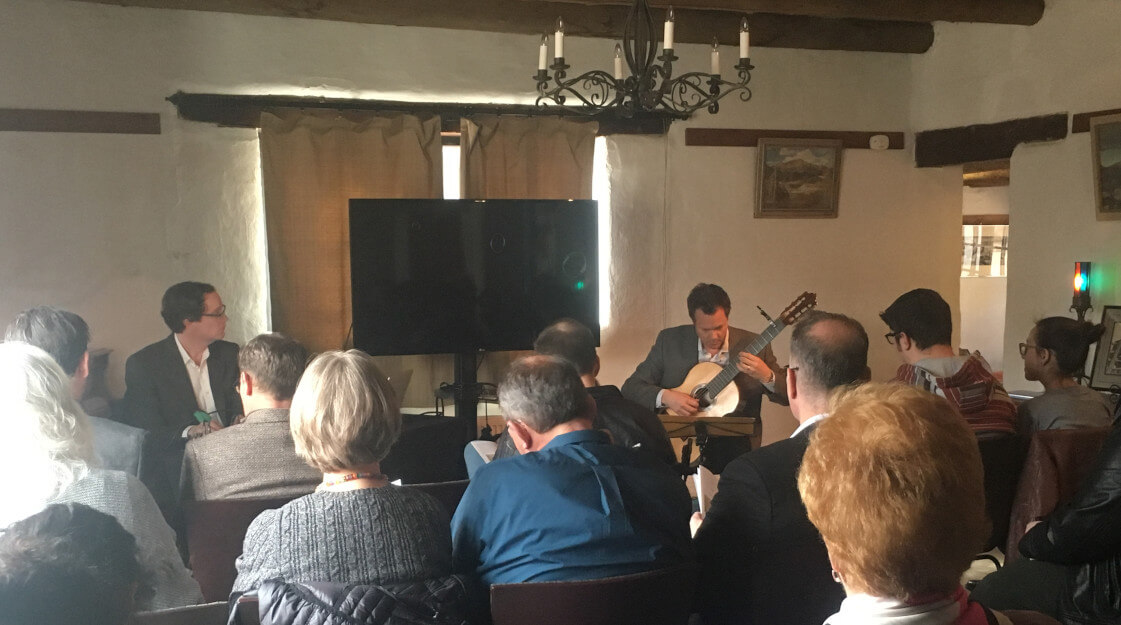 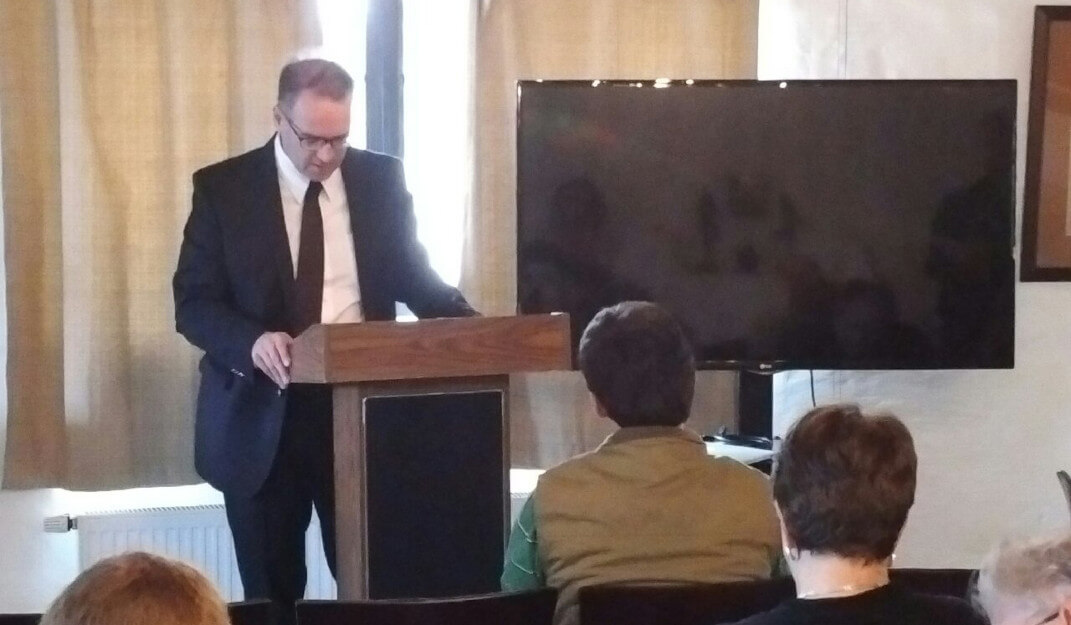 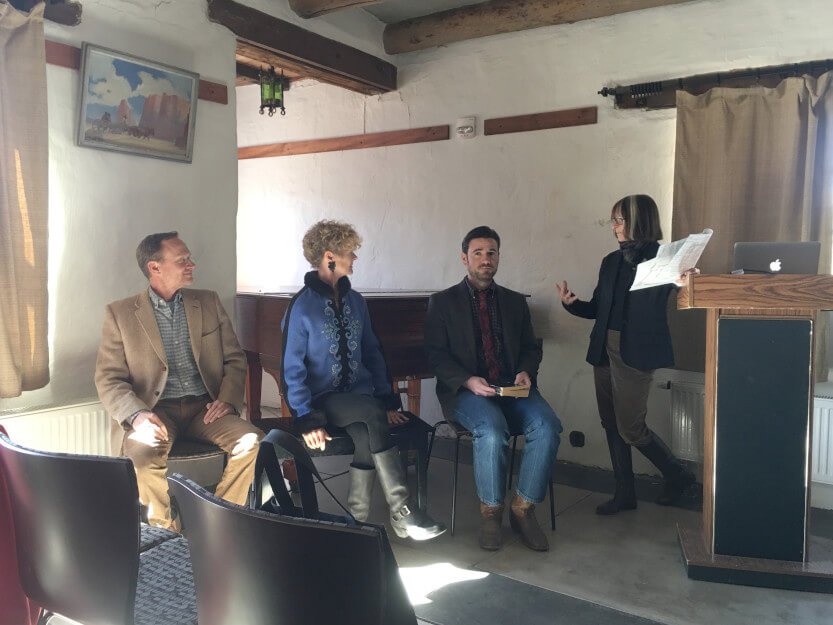 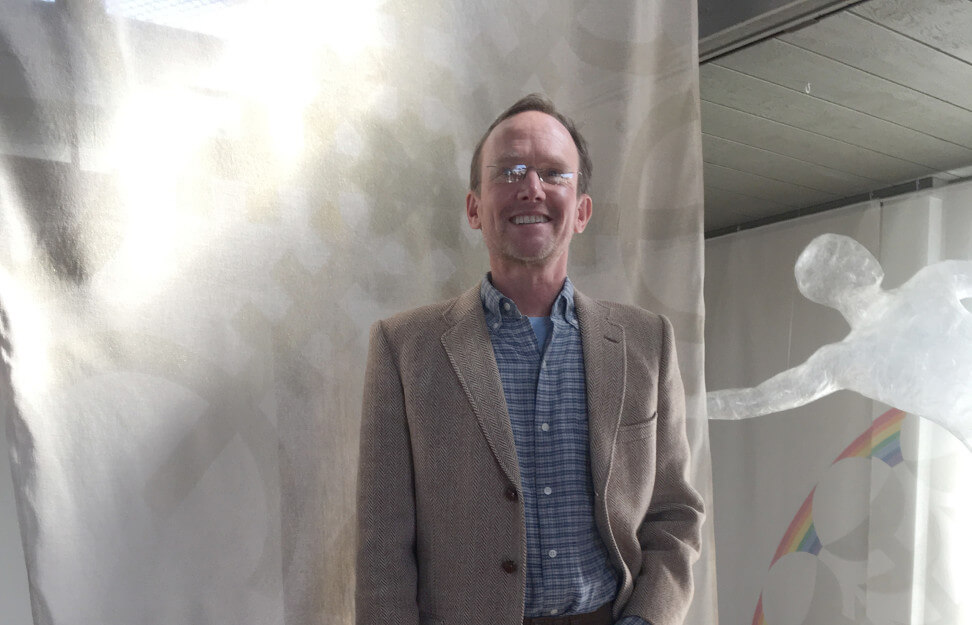 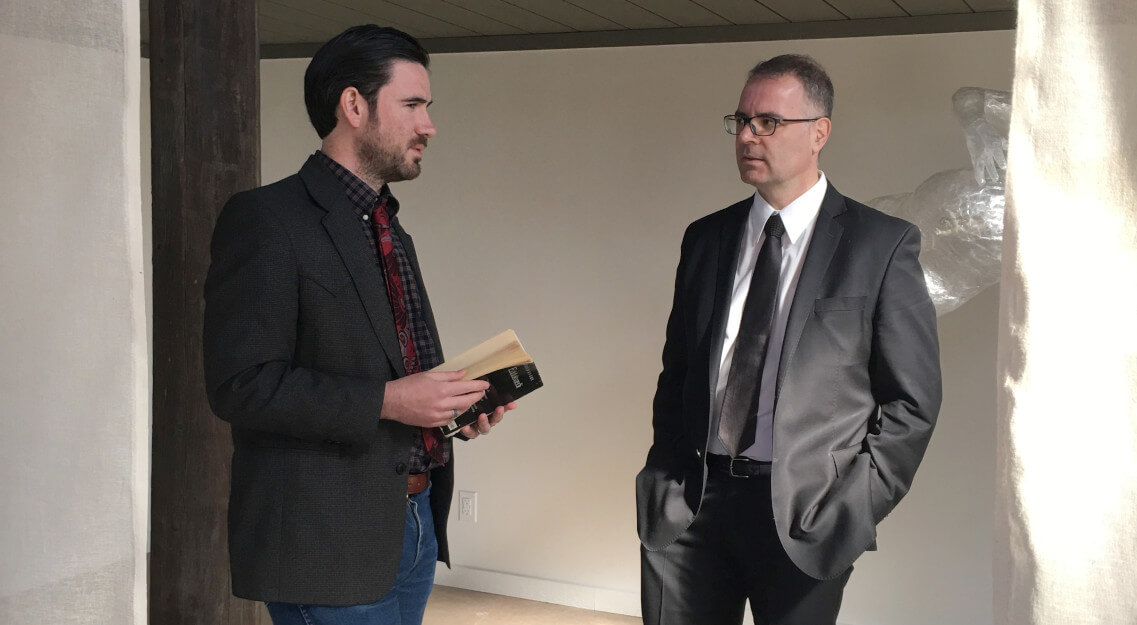 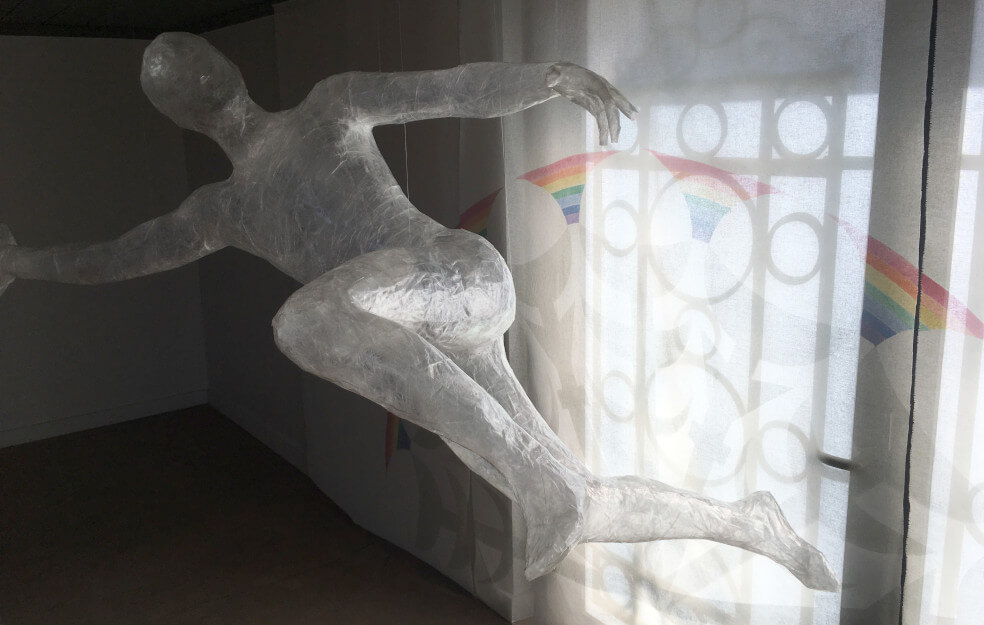 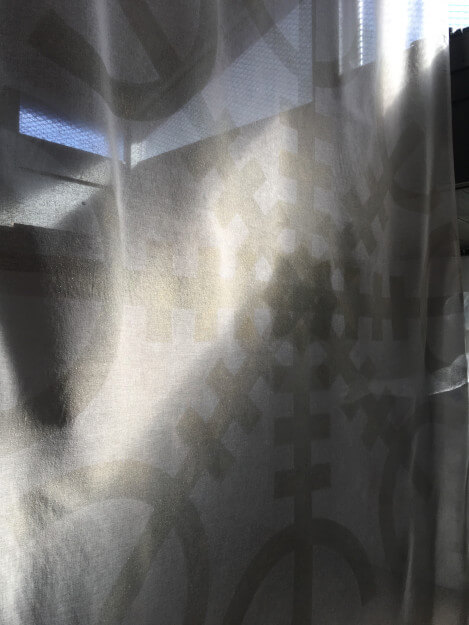 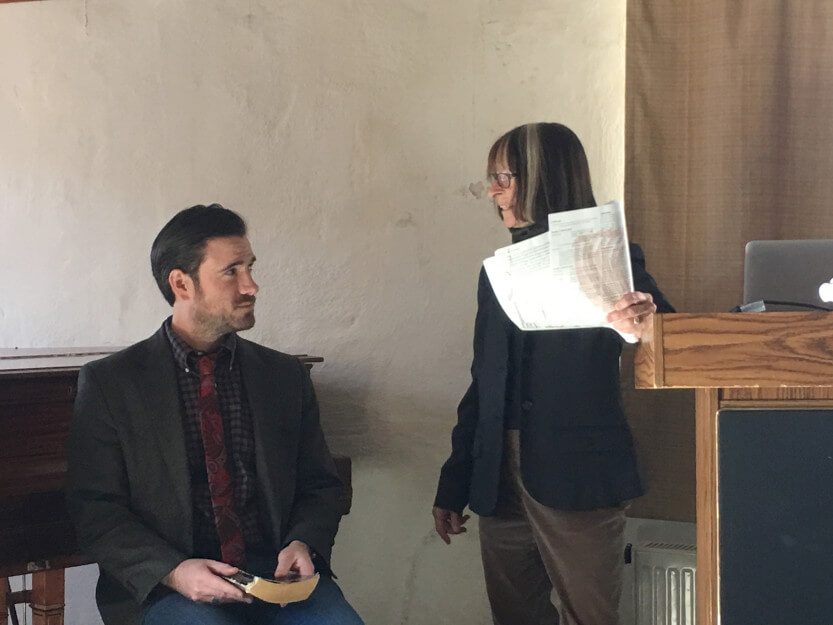 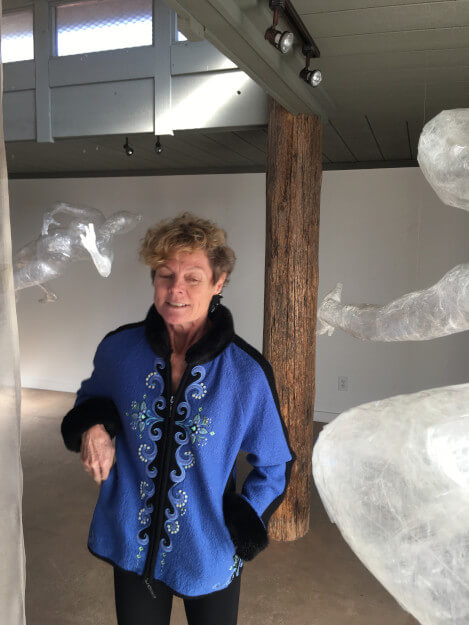 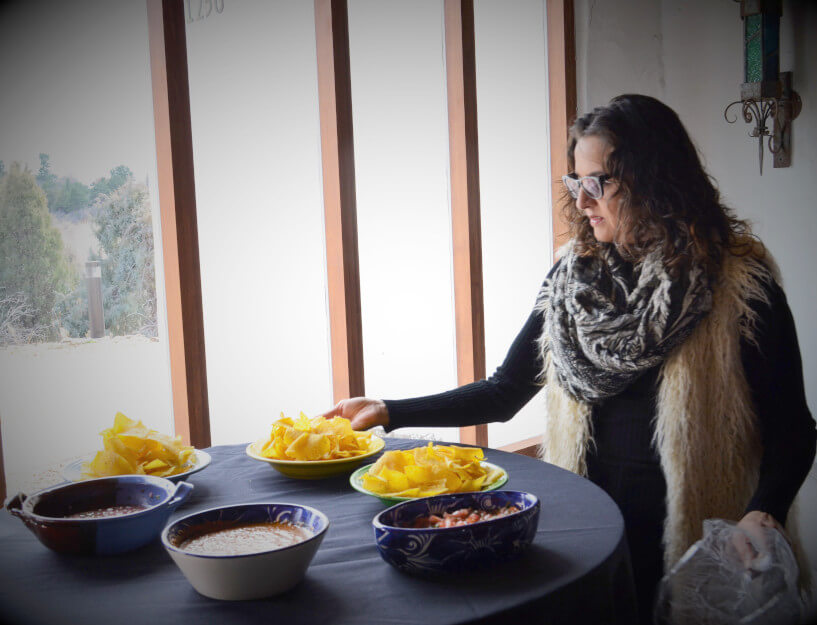 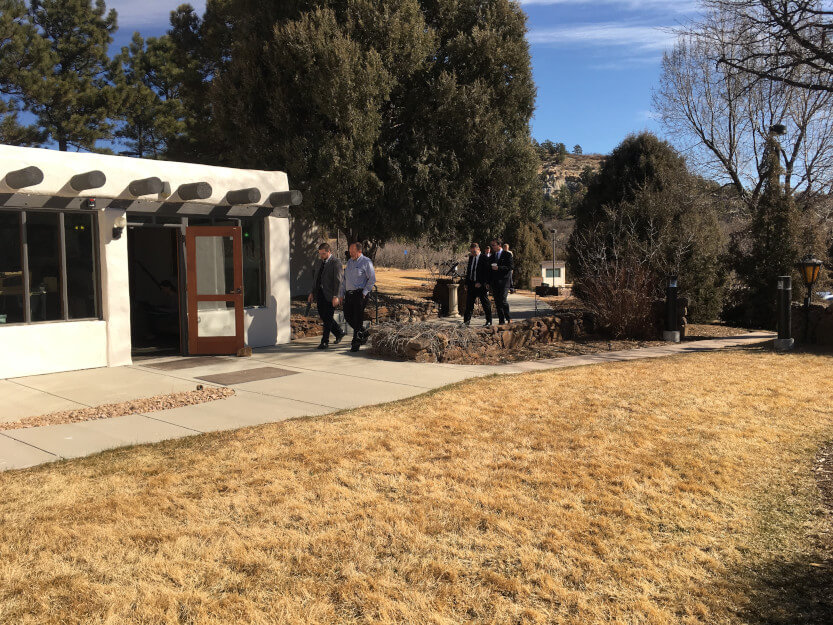 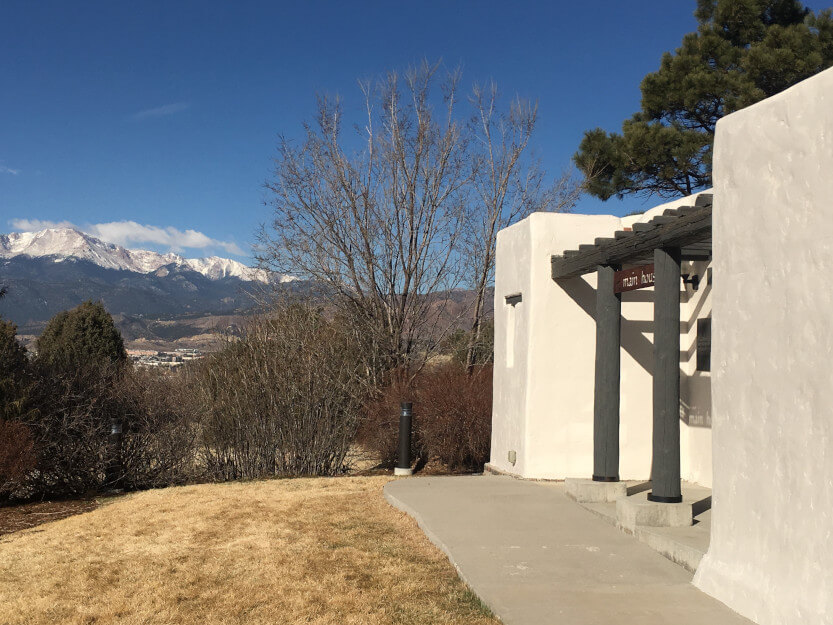 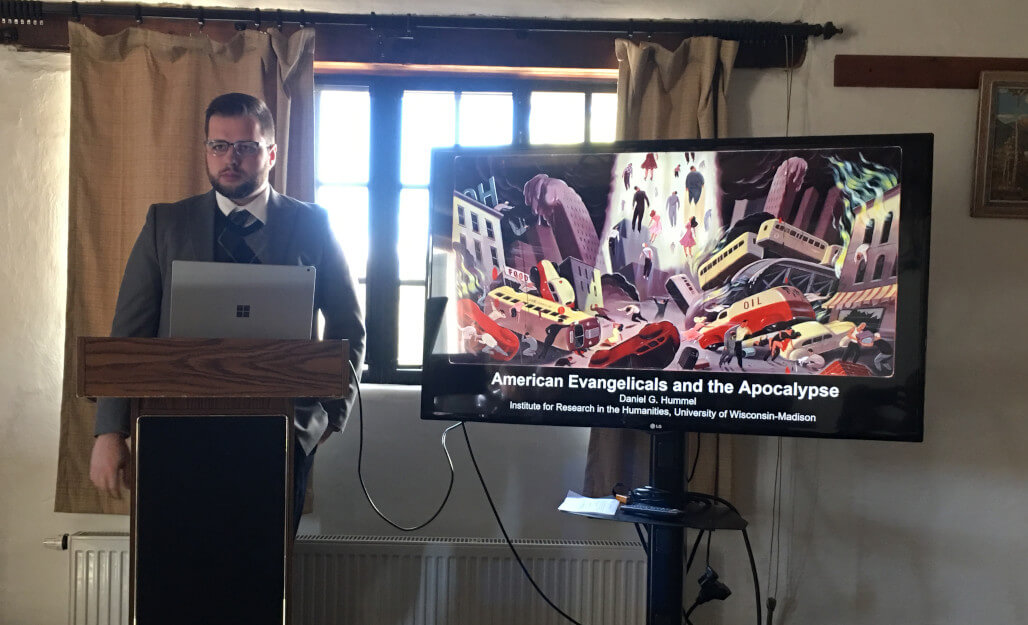 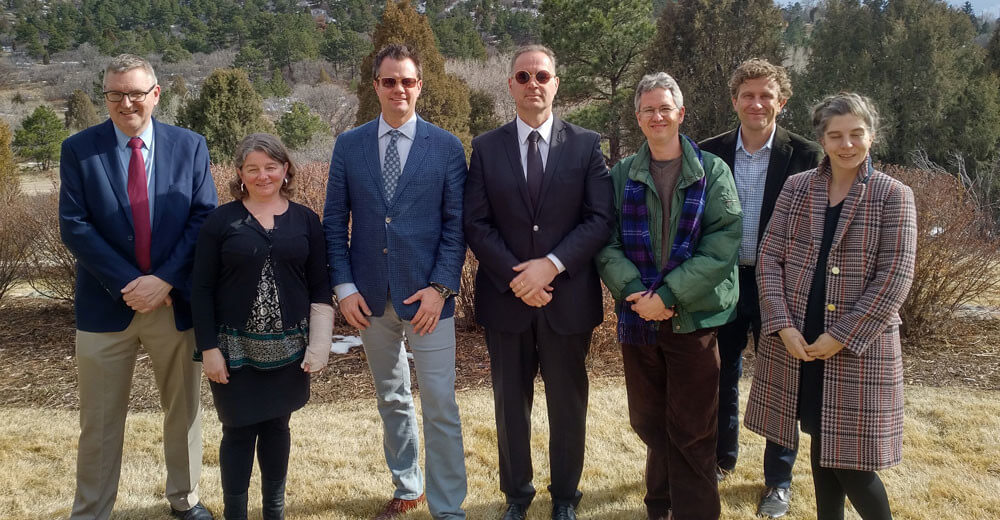 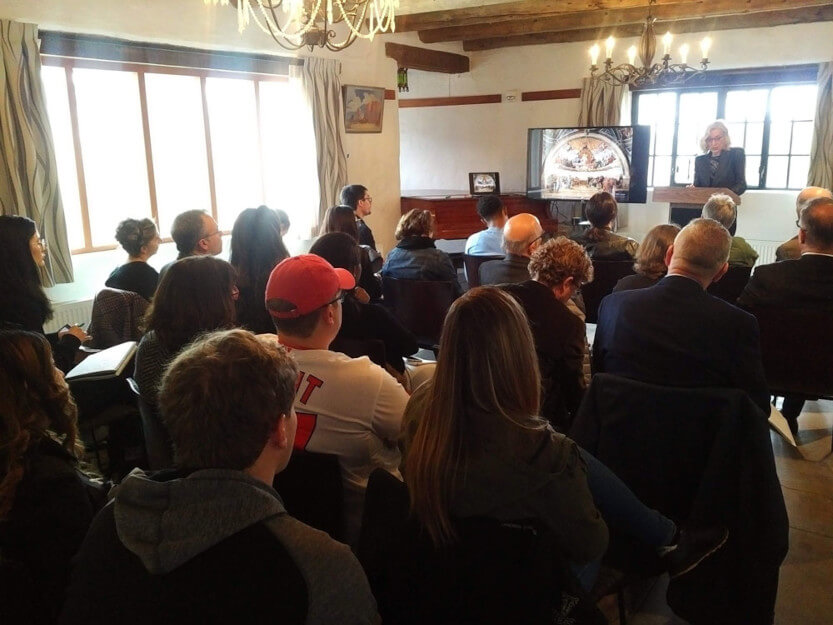 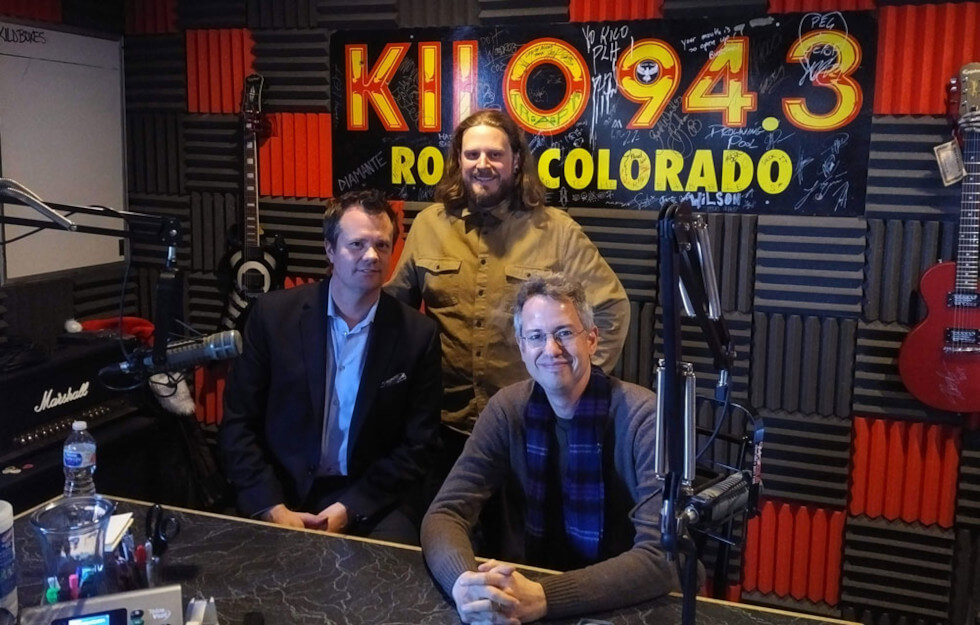 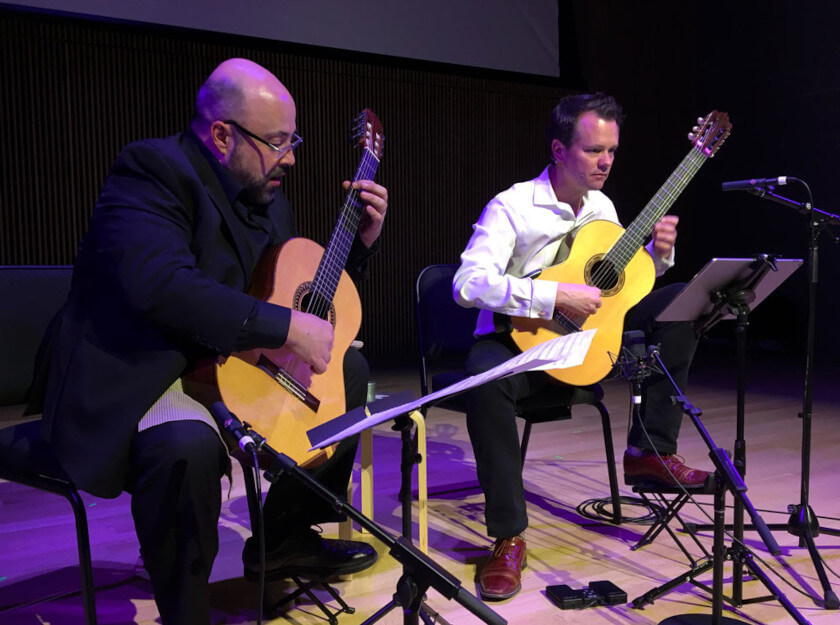 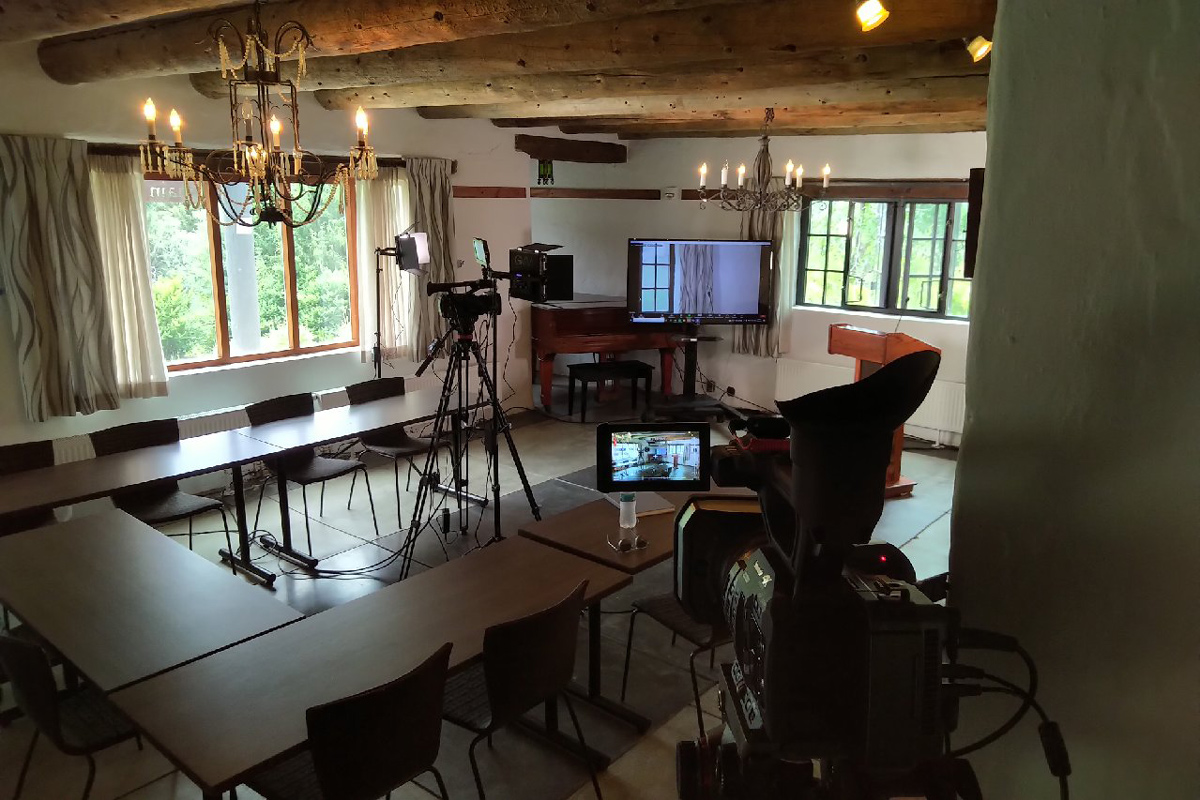 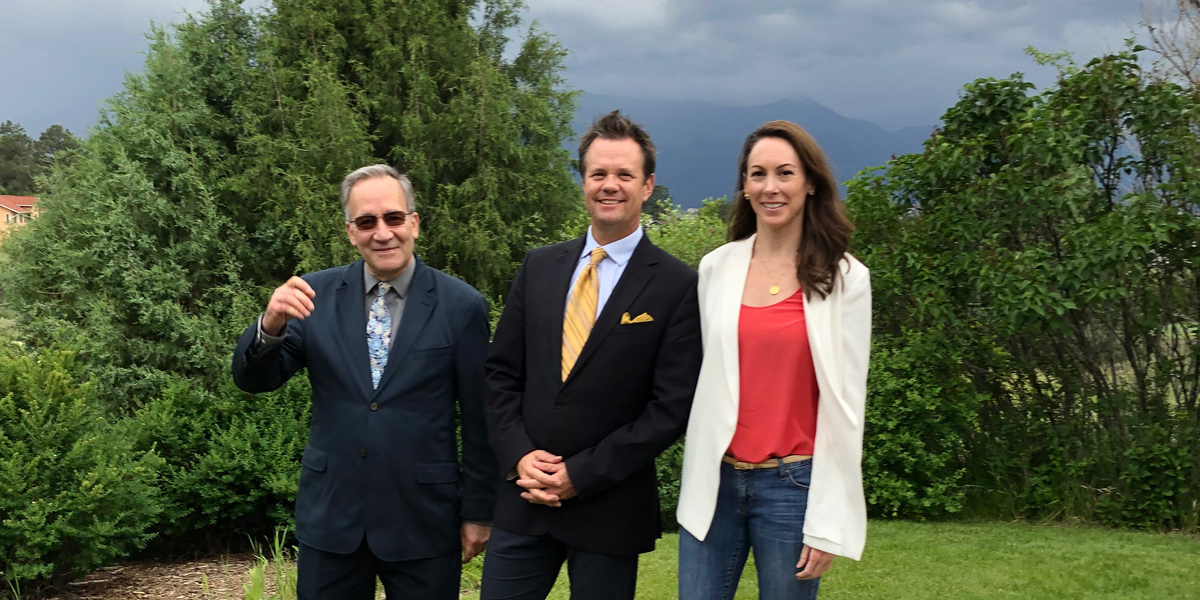 The study of humankind's fascination with the apocalyptic worldview is a vast field, and has increased in interest over the last three decades with the approach and passing of the start of a new millennium. It is a subject that spans cultures, religions, time and space, and one that resists easy categorical definition. In Through a Glass Darkly, scholars and artists gather each year to deliver presentations and engage in dialogue at the Heller Center for Arts & Humanities on the campus of the University of Colorado, Colorado Springs.

Through a Glass Darkly was founded in 2015 and is directed by Colin McAllister from the Department of Visual and Performing Arts. In 2018, Lorenzo DiTommaso of Concordia University Montreal joined as Co-Director. Through a Glass Darkly is generously underwritten by the UCCS Humanities Program, the Heller Center for Arts & Humanities, the UCCS Department of Visual and Performing Arts, the UCCS Department of History and the UCCS Center for Religious Diversity and Public Life.

Professor Brian Duvick (Ph.D., University of Chicago, 1992) has taught since 2001 at the University of Colorado at Colorado Springs. Duvick specializes in later Greek and Roman cultural history, and his many publications include Proclus on Plato's Cratylus (Duckworth) and Ciceronian Controversies (Harvard). He is currently working on an annotated translation of the Homerocentones, Proclus' Commentary on the Republic, and the Trinitarian Works and Christological Works of Gregory of Nyssa.

Dr. James Romano is an Affiliate Assistant Professor of New Testament at Fuller Theological Seminary teaching graduate courses in New Testament books based on either English or Greek texts and also New Testament Introduction. He has taught Biblical Interpretation in Nepal and India. James has a PhD in Theology/Biblical Studies through the University of Manchester (UK). Pauline studies are his primary research focus.

László-Attila Hubbes is a lecturer in religious studies, semiotics, rhetoric, online social media and other communication disciplines at the Sapientia Hungarian University of Transylvania. His publications include the book Visions under the Spell of the End. Apocalypse from a Genre of the Religious Literature to a Way of Artistic Expression; 2008; the article “Apocalyptic as a New Mental Paradigm of the Middle Ages”, 2016; and an extensive overview of the apocalyptic scholarship: “Select Bibliography for the Study of Apocalyptic and Apocalypticism” 2018.

Brandon W. Hawk is Assistant Professor of English at Rhode Island College. His first book, Preaching Apocrypha in Anglo-Saxon England, was published by the University of Toronto Press in 2018, and his second book, The Gospel of Pseudo-Matthew and the Nativity of Mary, was published by Cascade Books in 2019.

Francis X. “Frank” Gumerlock (Ph.D. Historical Theology, Saint Louis University, 2004) teaches Latin in the Archdiocese of Denver and is visiting professor at Colorado College.  He is author of eleven books, many on exegesis of the Apocalypse in late antiquity and the early Middle Ages, the most recent of which is Carolingian Commentaries on the Apocalypse by Theodulf and Smaragdus (Medieval Institute Publications, 2019).

Eli Mason is a PhD student at Concordia University Montréal. He obtained MA degrees in Russian Language and Literature from the University of Waterloo, Medieval Studies from the University of Toronto, and Religious Studies from Memorial University of Newfoundland and Labrador. His current project focuses on the fallen angel Azazel, whose development in religious traditions and literary works will be the subject of an intensive study on the character and his history. Additional interests include queer theory, ancient Carthage, and spiders.

Karlyn Griffith is an Assistant Professor of Art History at Cal Poly Pomona. Her research focuses on illustrated Apocalypse manuscripts and the intersection of eschatology and popular, lay culture. Research for her current book project Illustrated Apocalypses in Late Medieval France has been supported by the Mellon Foundation, the Institute for Historical Research in London, the American Philosophical Society, and the Bibliographical Society of the UK.

András Kraft holds a PhD in Medieval Studies (Central European University, Hungary, 2018). His research specializes in Byzantine intellectual history with a focus on philosophical and prophetic literature. He has been an Assistant Professor of liberal arts at the American University of Central Asia (Kyrgyzstan) and is currently a postdoctoral fellow at the Seeger Center for Hellenic Studies at Princeton University (USA).

Jon Forshee is a composer who writes colorful, nuanced music for instruments and electronics. His music has been performed internationally by ensembles and performers such as the Argento Ensemble, Hutchins Consort East, Trio Kobayashi, the Exchange Ensemble, pianist Zuzanna Szewczyk Kwon and bassist Tommy Babin. He earned his Ph.D. in Composition at the University of California, San Diego.

Colin McAllister is Assistant Professor of Music at the University of Colorado, Colorado Springs. His publications include the Cambridge Companion to Apocalyptic Literature, a translation of the Cambridge Glossa in Apocalypsin (Corpus Christianorum in Translation, Brepols) and--with Lorenzo DiTommaso-- Dies irae, dies illa: Music in the Apocalyptic Mode (Word and Music Studies, Brill, forthcoming).

Lorenzo DiTommaso is Professor of Religions & Cultures at Concordia University Montreal. He studies apocalypticism from the biblical apocalypses to contemporary apocalyptic manga and anime. Among his current projects is the mediaeval Antichrist, for which he has received a five-year grant from the Social Sciences and Humanities Research Council of Canada. His new book, The Architecture of Apocalypticism, the first volume of a trilogy, is forthcoming for Oxford University Press.