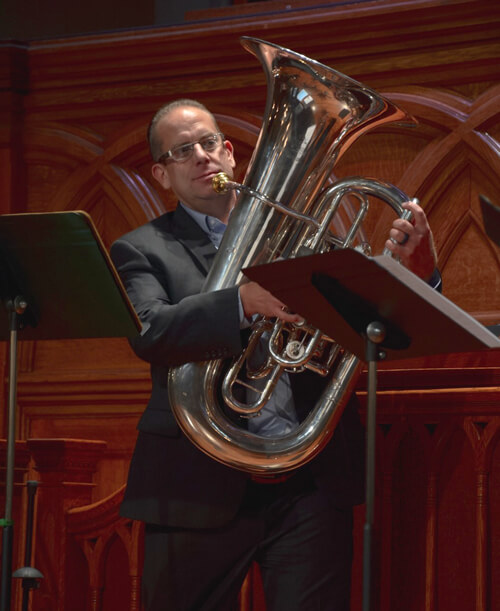 As an educator, Tim has taught privately and in masterclasses to hundreds of brass students, both locally and around the world. His teachers include Robert Tucci, Marty Erickson, Chester Schmitz, and Dennis Wilson. He is the Founder and Executive Director of the Restoration Brass Ensemble and Nexus Brass Quintet in Colorado Springs, Colorado.